Today, my son Max marched and played drums, for the last time before he graduates, with the Lexington High School band to commemorate Veteran’s Day.

In our town of Lexington in Massachusetts, Veteran’s Day, to honor Americans who served in all wars, was celebrated with a parade, wreath laying and ceremonies. 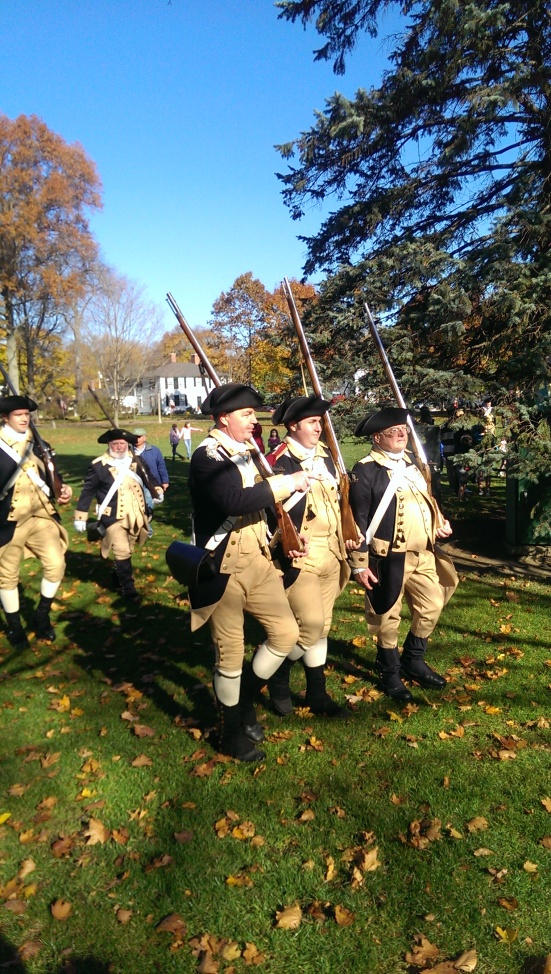 In Britain, this is Remembrance Day, also known as Poppy Day.

Wreaths, made of red poppies, are laid to remember the fallen.

The poppy became the emblem of Remembrance Day due to the poem In Flanders Fields. Prevalent in the battlefields of Flanders during World War I, the poppies red color became a symbol of blood spilled in the war.

I wish I had a poppy today to lay on the grave of the British soldiers who died for King and country in Concord, Massachusetts in 1775.

Instead, someone has placed a bunch of red tulips.

Topics to choose from: